Translations into Spanish or “Spanish Versions”? 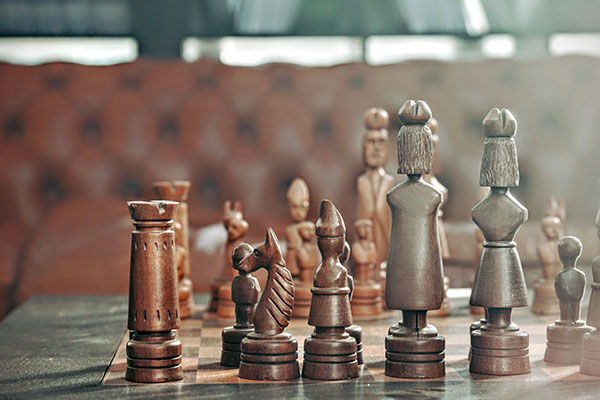 Translations into Spanish or “Spanish Versions”?

The question raises a critical issue that certainly exceeds the scope of the usual Franchise, Distribution or Agency Agreements. Producing complex legal or business documents in Spanish requires a deep understanding of the Spanish spoken by more than 550 million people in a large number of countries, featuring specific legal as well as industry/business environments and technical languages. A difficulty that is worth considering at the time of producing Spanish wordings intended to be understood and effective worldwide. Who hasn’t eve run into those absolutely illegible operating manuals written in what is supposed to be “Spanish”? ¿What image of the manufacturer/distributor do you get?

We are now in a position to offer those Clients who usually rely on our firm to handle their legal business also the services of our in-house translations department to assist them in producing accurate Spanish versions of contracts intended to be applicable in multiple jurisdictions, thus having our firm as the sole contact rather than resorting to individual law firms or translator agencies in a number of countries. There are agencies offering comprehensive handling of documents from all possible walks of life, but their services would not compare to the “artisan” approach we offer. As a result, we do not intend to work on the massive production of an array of different documents, but to concentrate on the kind of work where “artisan expert knowledge” is a must.

Following is a description of the way in which these matters are dealt with by our Translations Department, where we can process the translation of documents intended for use in Spain but also in a number of other Spanish speaking jurisdictions.

1.         When we receive the agreement/document (whether franchise agreements or manuals, distributor or agency agreements, commercial brochures, operations manuals or others) requiring translation into Spanish we first cause a paralegal to (i) run a check of the key English legal and/or business or industry terms used in the specific document and (ii) assess the use of such key words in the market of destination (i.e. Spain or a given Latin American Country).  Just by way of example, a “spare part” would be a “Recambio” in Spain but a “Repuesto” in many LA countries. Board of Directors would be “Consejo de Administración” in Spain but “Directorio” in LA.

In this particular regard, the document may also include some client “Proprietary” terms (i.e. “Super Star Technology”) that we would review jointly with the client to determine the best way to reflect these within the Spanish version of the document.

2.         Based on this first assessment, our in-house translation department produces a first draft of a “Spanish Version” (not simply a translation) of the document, incorporating the Spanish equivalent of (i) the key legal terms; and (ii) the key industry terms to the extent to which our expertise in the specific business and jurisdiction allows us to know. This assures that, at the end of the process, the client will receive a “conceptual” Spanish version, adjusted to the target market, actually reproducing what the original meant to say based on a lawyer assessment.

3.         We then have those “target” key English words and expressions that may still be unclear, in English (and with our own understanding of the terms in Spanish) reviewed by external independent professionals acting under the control of our correspondent law firms, with expertise in a myriad of businesses and markets (i.e. telecoms, automobile industry, photography, electronics, etc…), who work jointly with us in Spain and, most significantly, in many of the possible Latin American target countries under strict confidentiality agreements. This way we assure that we would receive updated and knowledgeable input from active professionals in the local destination.

Based on their input, we would produce the final Spanish version of the relevant document.

4.         By being a law firm featuring more than 30 years of practice in the international arena, we have the possibility of advising the client on the structure of the phrases/clauses/articles that would – in our view – most properly pour into Spanish the actual intent of the original English wording. This could eventually result in changes to the structure of the original document that would mandatorily require client’s consent.

5.         Our translations department would not opine on whether a given legal approach is sound or not, as we forthwith consider that the client may have already had the legal aspects (i.e. whether to include an arbitration clause in a Distribution Agreement for Argentina) already reviewed by appropriate counsel. Of course, we can also provide additional advice in such regard if we are so instructed.

6.         The final version is produced and delivered after careful final review, thus assuring that the document will be fully understandable, not only from a grammatical view point but also as to its legal and business terms.

First, there may be an issue on the IP rights on the translations that the client may wish to consider.

While the Berne Convention would protect the original documents that the owner client may need, the translated documents may be regarded as an “original” piece. As such, in given jurisdictions the translators may have IP rights on translated materials. As a result, the clients could face the possibility of losing the IP rights on documents that may have been drafted to apply in their business activity worldwide.

In the case of certain framework documents such as Master Distribution Agreements, the issue of the ownership of IP rights may be dealt with in the wording of such Agreements, but this may not always be possible in a changing business environment requiring the permanent updating of contracts and other materials. Our intervention would also make objections of local partners based on allegedly “poor translations” fade away.

Due to the above treatment, the final Spanish version of all the documents handled by our firm on behalf of our clients will be only ours; and our engagement agreements provide that we waive any right on the translations we may produce for the client. A provision that we reproduce in all our internal arrangements with colleagues and experts worldwide.

Second, clients are of course sensitive to costs. ¿Are our services much more expensive than resorting to a reputable legal translations company? Our translations department would quote the client an “adjusted per word cost”, that would sometimes be higher than regular market translation costs, as it may also reflect additional work to be carried out in other jurisdictions and all or some of the above described services; but, if, on the one hand, we look at the possible costs of having IP ownership challenges and/or processing problems in foreign jurisdictions (perhaps requiring litigation?) and, on the other hand, we consider also the benefit of having just one contact firm for processing documentation intended for use in all Spanish speaking countries, then the answer may be that such (flat) costs are actually worth incurring.

In addition, depending on the nature of the documents to be processed, our translations department can

(i)  Swear the translations at a marginal or even no extra cost; and

(ii) offer Apostille and legalizations services in cases where this service is required for either the original documents or their Spanish versions.